One of my interests in crafting research revolves around the tension between tradition and technology. Metalwork used to be the domain of skilled, and often mysterious, individuals and guilds. Throughout our past metalwork inspired greater and greater technological progression and movements, such as alchemy and science, which in the end made individual human skills nearly redundant. I find it fascinating how metalwork since its inception has contained the seed of its own undoing as a human practice.

Engaging in traditional handcrafting gives presence to the moment and gives bodily competence and confidence. It hints at the connection between doing material work and achieving spiritual states. Current inspirations are Philosophers Iamblichus (representing Paganism) and Pseudo-Dionysius the Areopagite (representing Orthodox Christianity). Working with the sacred in process, objects, and in its social context inspires my current practice.

Technology is crucial for producing work in a timely manner in a reality where labor costs are high. Technology is however also connected to Artificial Intelligence and the notion that humans are not good enough as we are, but that we must be augmented by technology and achieve transhumanism. The latest developments in AI-generated images using diffusion technology opens up new questions to explore in the space between handcrafting and artificial intelligence. I’m particularly interested in exploring the boundary between human and non-human creativity and crafting.

I am interested in how our fragmented self, such as our divided brain, can impact social polarization: There as studies suggesting that our degree of right- and left-handedness (how we use tools!) correlate significantly with political leanings. It is intreaguing that the concept “embodiment” looks to be more than just another buzzword, and can be a useful framework for understanding social fragmentation and violence.

Iron to Icon: Forging the Sacred from Fragments of Tradition and Technology (2021-2022)

This project, which resulted in a Masters of Fine Art in Applied Art (Gothenburg University), explored the archetype of the metalsmith as a path to constituting the sacred. I fragmented and reforged reclaimed iron and modern steel to achieve a fractal aesthetic, as found in the branching of trees and in the patterns of the elements. These symbolize the mystery of iron released from the sky as meteorites, brought to term in the ground as iron ore, until being finally delivered through the forge.

From the traditional view of art, I am inspired by the idea that the sacredness of an object is inseparable from its aesthetic and its utility. And as a contemporary material-based artist I highlight how the power, rhythm, and material connection of forging can inform the aesthetic, as well as the objects’ function and sense of the sacred. The results are masks and vessels made from both pattern welded and homogenous steels inspired by Sky, Earth, and Underworld.

See the Publications page for the full report and the Videos page for my exam presentation.

I did a project concerning Violence, Taboo, and the Sacred that was supported by Not Quite at Fengersfors Bruk where I had a Residence in the metal workshop for summer 2021.

My inspiration is philosopher and literary critic René Girard and his ideas of how imitation of desire leads to the sacrificing of scapegoats. See Art and Objects for some work that has so far resulted from this.

My main contribution to the field has been to investigate how foreign aid going to contested areas influence violence intensity. I approached this issue from a rational choice perspective but maintain an interest in systemic approaches.

In order to investigate the relation between aid and conflict I needed subnational aid data. I initiated an effort to adapt and develop the Uppsala Conflict Data Program‘s geocoding method to cover foreign aid. Together with colleagues we did the first substantial pilot effort to geo-code foreign aid which sparked geo-coding efforts at the World Bank, USAID, African Development Bank, International Aid Transparency Initiative, the AidData Center for Development Policy, and others. 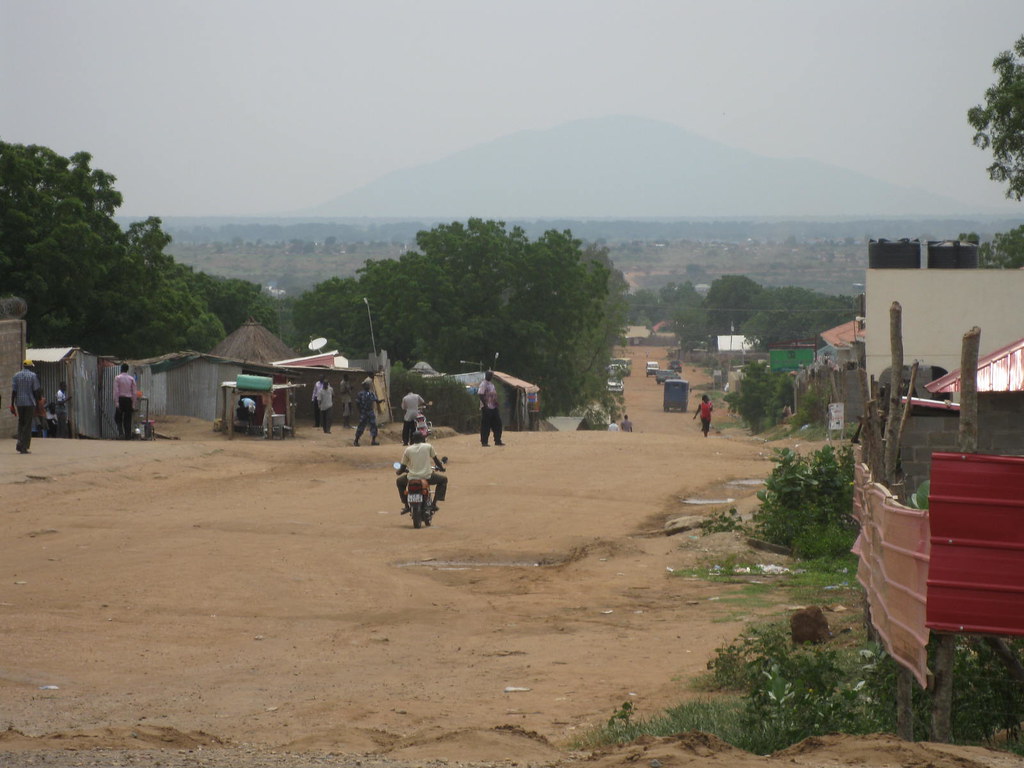 “Juba street” by bbcworldservice is licensed under CC BY-NC 2.0